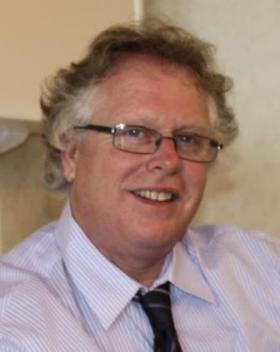 Peacefully, in the comfort of his home and surrounded by the love of his family, Stanley Philip Quinn passed away on the evening of November 2nd, 2020.

Stan was the son of the late Philip Quinn and Eleanor Chenell. Stanley will forever remain in the hearts and memories of his wife Libby and their two children, Aleesha and Blair (Mariane). He will be missed by his brothers Craig (Audrey), Harry (Kim) and Eddy, and by his sister-in-law Deborah (Stephen). He will be lovingly remembered by his nieces and nephews, Jarrett (Caroline), Nigel, April (Pier-Luc), Dana (Bane), and Emily. Stanley considered himself lucky to have had the privilege of knowing his great nieces Emmy, Sonya, Nayma and great nephew Nolan.

Stanley was born on Entry Island and attended secondary school on the Gaspe Coast where he made many lifelong friends. He ventured out west to work in the “oil patch” for a few years before returning to work as a deckhand on the Maggies. It was during this time that he bought his own lobster gear. He had found his challenge. His passion for lobster, tuna and whelk fishing, would continue for the next 30 years. Through hard work and perseverance in tough economic times, he was able to build the boat of his dreams, the Miss Aleesha B. But, through all of this, his greatest joy was taken from the pride he had for his children and their many accomplishments.

Stanley was always ready for a chat and spent many hours around the wharves “yarning” about fishing. He was outgoing and loved to joke around; his laughter was infectious. Stanley will be missed by many.

The family will receive condolences on Thursday, November 5th, 2020 from 7 p.m. to 10 p.m. at the Maison Funéraire Leblanc, Cap-aux-Meules. Visitation will continue on Friday, November 6th, 2020, from 11 a.m. to the time of the funeral, 1:30 p.m., at All Saints Memorial Church, Entry Island.