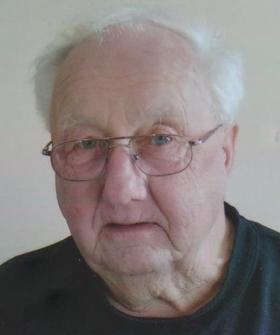 After a long and fulfilling life, Byron Clark passed away peacefully at his home surrounded by family on July 20th, 2019. Byron was born at Old Harry, Magdalen Islands in March 1933. He leaves to mourn his daughter Kim (Harry Quinn), his beloved grand-daughters: April (Pier-Luc Décoste) and Dana (Bane Popic), cherished great-granddaughter Emmy, sister Irene, as well as many nieces and nephews. He was predeceased by his wife of 45 years, Vera Goodwin, sisters: Gladys and Gwendolyn, brothers: Marven, Gordon, and Spencer and his parents: Annie and Frank.

Byron was an active in his community: serving as long time organist at Holy Trinity Church, 1 term mayor of Grosse Ile, the founding general manager of Cap Dauphin Fisherman’s Cooperative, and local historian contributing invaluable historical information to the community, owner and manager of Grosse Ile’s only cinema The Strand. After his career as a fishery officer, Byron became an avid researcher of history and was the author of several books on local history.

Funeral arrangements have been entrusted with the Maison Funéraire Leblanc. Visitation will take place at the funeral home in Grindstone, July 22nd from 7-10 pm and Tuesday, July 23rd at his home, 380 chemin principal, Grosse-Ile from 1-4 pm and 7-9 pm. Funeral services will be held Wednesday, July 24th at Holy Trinity Church in Grosse-Ile at 2 pm with visiting hours beginning at 11am.

The family would like to acknowledge and thank homecare doctor and nurses of CLSC de l’Est: Dr. Serge Barrette, nurses: Lysandre Cyr-Langford and Lancy Cummings and niece Valerie Clark for their compassionate care and support these past four months.

Donations can be made to Fondation Santé de l’Archipel.